Back To News Listings 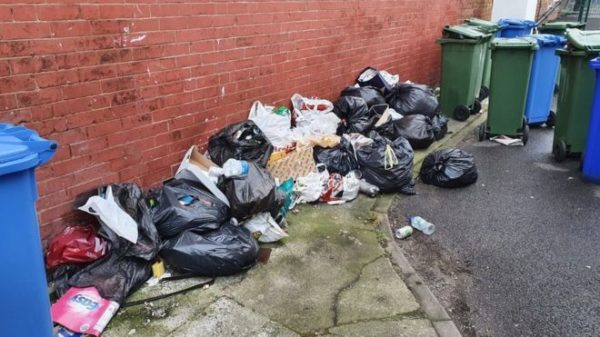 Rubbish tips should reopen to curb an increase in fly-tipping during the coronavirus lockdown, politicians have said.

Many waste facilities closed in March after Prime Minister Boris Johnson said people should stay at home, except for “essential travel”.

MPs and councillors are calling for tips to be accessible again, but with measures to allow social distancing.

One council leader said fly-tipping during the crisis was “reprehensible”. 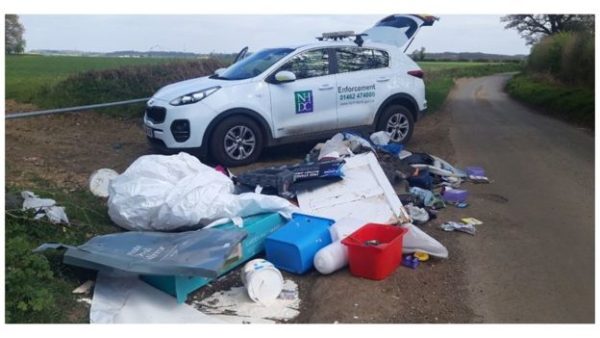 Tameside Council, in Greater Manchester, said it had seen more than 300 incidents of fly-tipping since the coronavirus restrictions came into force, according to the Local Democracy Reporting Service.

Labour councillor Allison Gwynne said although people may be creating extra waste under lockdown, this was no excuse for people to “turn to criminal behaviour”.

Liverpool City Council also said it had been hit by a “sharp rise” in illegal dumping from an “irresponsible and selfish minority” during the lockdown.

And in Rochdale, the council said it had 887 fly-tipping incidents in March, compared with 656 in the same month last year.

Many authorities have said the surge in fly-tipping has put more pressure on waste crews, some of which have reduced staffing due to coronavirus.

The government’s latest guidance says “where possible key [waste] sites should be maintained” by councils, as long as social distancing rules can be followed.

Staffing levels must also be “adequate” for health and safety and security reasons, officials say.

Recycling centres in Wigan were reopening on Friday.

Residents were warned not to all rush at once, with the council requesting that those who could wait until after the weekend to visit should do so in order to reduce the queuing times. 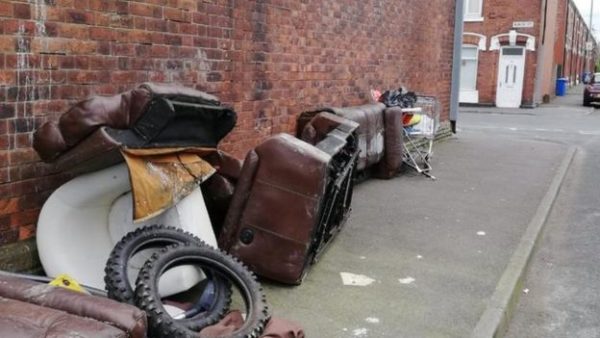 Conservative councillor Paul Bettison, leader of Bracknell Forest Council, said the authority was looking at the possibility of reopening its tip within the government’s guidelines.

Mr Bettison said the tip was closed after 1,500 cars visited in the first weekend of the lockdown, making social distancing difficult.

“We would probably require people to go online and make an appointment at the tip, and there would be so many cars for each hour’s slot,” Mr Bettison said.

Tobias Ellwood, Conservative MP for Bournemouth East, said reopening tips with the right amount of staff and measures to allow for social distancing “would help avoid a build up of fly-tipping”.

Natalie Elphicke, Conservative MP for Dover and Deal, added: “We are in this for the long haul, so it is vital to dispose of rubbish safely and responsibly.

“More fly-tipping and waste burning is bad for the countryside and the environment.”

In Northern Ireland, Mid and East Antrim Borough Council has reopened its recycling centres and told residents that using them counts as “essential travel”.

‘Likely surge in demand’
The authority said: “The decision to reopen was debated at length but it was felt that it was reasonable, appropriate and would reduce community frustration, as well as provide a much-needed and essential service for our residents.”

It has also decided to reopen four parks for people to get their daily exercise.

In Wales, Merthyr Tydfil Council has said its recycling centres will reopen, in a limited way, next week.

Independent councillor Felicity Rice, from Bournemouth, Christchurch and Poole Council, said until government lockdown restrictions were relaxed, tips in the area were unlikely to reopen.

“Keeping the tips open now, would go against government advice on non-essential travel and therefore, these sites will remain closed until this advice changes,” she said.

Councillor David Renard, from the Local Government Association, said: “Any reopening procedures for household waste and recycling centres will need to take into account available staffing and a likely surge in demand, while maintaining government advice on social distancing guidance and essential travel.

“This remains a local matter and councils will need to do their own risk assessment based on local circumstances.”